Cupping is a form of alternative therapy by which cups are placed on the skin to create suction. It is a treatment that releases stagnation, pain, and discomfort from the energy meridians  as well as softens tight muscles and joints. According to the NIH Center of Complementary and Integrative Health, cuppin is a technique of “creating suction on the skin using a glass, ceramic, bamboo, or plastic cup.”

There are several ways that a practitioner can create the suction in the cups. One common method involves swabbing rubbing alcohol onto the bottom of the cup, then lighting it and putting the cup immediately against the skin. Suction can also happen by placing an inverted cup over a small flame. Cupping is much like the inverse of massage – rather than applying pressure to muscles, it uses gentle pressure to pull them upward. For most patients, this is a particularly relaxing and relieving sensation.

Another popular term for cupping is “Hijama” (Arabic: lit. حجامة‎ “sucking”) as it has been widely popular in the Middle East historically and nowadays. There are two main types of cupping: dry and wet. Dry cupping involves the suction of the skin into the cup. Wet cupping has one extra step where the therapist makes a small incision, allowing the cup suction to draw smalls amount of blood while the cup remains in place in the area. Additional types include:

Cupping has its roots deep in the Traditional Chinese Medicine set of beliefs. In fact, many sustain that cupping is one additional treatment in the overall TCM medical system. Cupping believes that “where there is stagnation, there will be pain – remove the stagnation, and you remove the pain.”

The old Chinese medical maxim holds that pain results from the congestion, stagnation, and blockage of Qi. If pain is the essence of disease, then suffering is a result of obstructed or irregular flow in the body. Chinese cupping is therefore a method of breaking up the blockage to restore the body’s natural flow of energy.

In layman terms, when fresh blood comes into the skin tissues encompassing the cups, the body begins to create new blood vessels. The name of this process is neovascularization and when it happens, new blood vessels are capable of filling tissues with oxygen and nutrients. Sterile inflammation is, as a result, something that happens early in cupping therapy. According to common belief, inflammation is detrimental, but in this case, inflammation is actually the initial step of healing. At this stage, our body releases platelets, white blood cells, fibroblasts together with other healing compounds that promote healing.

Additional theories attempt to explain the mechanism of action of cupping. Some suggested the immunemodulation theory (activation of immune system), suggesting that cupping and acupuncture had the same mechanisms of action. Others suggest that the deprivation of O2 could activate gene expression (production of proteins). The common denominator of these theories is that cupping activates a healing process in our bodies in the areas stimulated. This provides noticeable relief that sometimes can be more long-lasting than therapeutic massage

The Ebers Papyrus, written sometime around 1550 B.C., describes how Egyptians used cupping to cure some frequent medical issues. Hippocrates, the famous Greek physician, used this technique around 400 B.C. to treat internal disease and some structural problems.

The famous Taoist alchemist Ge Hong (281-341 A.D.) was responsible for its first known use in China. The method was described in his book A Handbook of Prescriptions for Emergencies, in which the cups were actually horns, used for draining pustules. As a result of using horns, cupping has been known as jiaofa, or the horn technique.

In a Tang Dynasty book, Necessities of a Frontier Official, cupping was prescribed for the treatment of pulmonary tuberculosis. More recently, Zhao Xuemin, during the Qing Dynasty, wrote Supplement to Outline of Materia Medica, including an entire chapter on “fire jar qi”. In it, he emphasizes the value of this treatment in alleviating headache of wind-cold type, dizziness, and abdominal pain.

During the 20th century, common drinking glasses were the common instruments, though thick glass cupping devices were often a better alternative. The introduction of glass cups helped greatly, since pottery cups broke easily and bamboo cups would deteriorate over time. Glass cups were easier to make than the sturdier brass or iron alternatives.

The glass cups are de-pressurized by providing some fire in the cup to heat up the air within just prior to placement. For example by holding a cotton ball dipped in alcohol with a pincer, ignite it, hold it in the cup, then rapidly apply to the skin; this is called shanhuofa (flash-fire cupping). Sometimes, the practitioner applies a small amount of alcohol in the cup and lights it up; this method is called dijiufa (alcohol-fire cupping).

At the end of the 20th century, practitioners in the field developed another method whereby a valve at the top of the jar and a small hand-operated pump suctioned out air from the cup (instead of relying on fire). This modern name for cupping is baguanfa (suction cup therapy) and practitioners nowadays use this technique as it avoid the use of fire or heat.

Medicated massage oils (with extracts of herbs) are particularly useful if the therapist wants to apply movement to the cups. There is some friction with moving cups, with the goal to create some small but significant amount of heat, especially if warming oil is part of the treatment.

In the U.S., cupping was very popular until approximately the middle of the 20th century, and now its adoption has recently started to re-gain steam. In an essay titled “How the Poor Die”, the British writer George Orwell describes his surprise when he saw it practiced in a hospital in Paris.

American swimmer Michael Phelps caught everybody’s attention not only for his remarkable achievements but also for some dark purple circles on his shoulders and back. They were the results of having undergone the cupping technique to relax his muscles before entering the races. Following the Phelps incident, there has been a significant increase in the sales of cupping equipment, according to Jessica MacLean, acting director of the International Cupping Therapy Association.

Cupping is helpful for a variety of diseases. Below are the benefits of this popular practice:

Reputable cupping practitioners are typically licensed therapists in Acupuncture, Massage Therapy or Chiropractic. The knowledge of meridians and energy channels is crucial for the proper placement of the different cups.

There are different requirements to become an acupuncturist or a massage therapist. An specialization in cupping is relatively easy to get as it comes in the form of a series of additional classes or seminars and it usually takes 20 to 30 hours.

The accreditation of professionals in cupping is managed by the International Cupping Therapy Association. They offer workshops for therapists in related practices and certifications. They also offer a list of certified cupping therapists.

Cupping therapists normally apply cups on the back, but they can target other parts of the body as well, such as the legs and the arms. The patient lies down on the massage table and the therapist heats up the cups and apply them to the skin. The heat creates a vacuum between the glass and the skin, creating an upward-pulling effect on the skin.

The body will acclimate to the feeling of the cups and sometimes the patient will not feel all the cups. The number of cups the therapist uses will depend on the purpose of the session. Typically for a first treatment, the therapist will use fewer cups for a less intense treatment. Sometimes the therapist applies oil to create a lesser pressure so the cups can glide across the skin (a.k.a. “moving cupping”).

Generally the cups stay on the skin for around 10-15 min. While most people agree that cupping does not hurt at all, there is consensus that it feels unusual. At the end of the session, marks are common, which is the result of blood settling around the skin’s surface. Some people find them slightly sensitive to the touch, especially the first time, but they should not bruise and should not be painful if the therapist administers the therapy properly.

The therapist will give the patient a more detailed after-care guide at the end of the session. But here are the most common guidelines:

It is common and normal to feel flu-like symptoms the next day as the body is processing and expelling toxins. The tangible benefits of cupping tend to increase over time, especially when the patient combines it with other treatments.

Some interesting facts about this practice include:

As with any other alternative medicine treatment, someone interested in this therapy should consider several things. While it is a safe practice, patients should educate themselves on how the practice works.

Cupping therapy is ideal for those that are looking to improve their flow of energy, encourage detoxification, relieve pain, ease tension or encourage relaxation. Patients can combine cupping with another alternative medicine such as acupuncture, making it a versatile treatment. 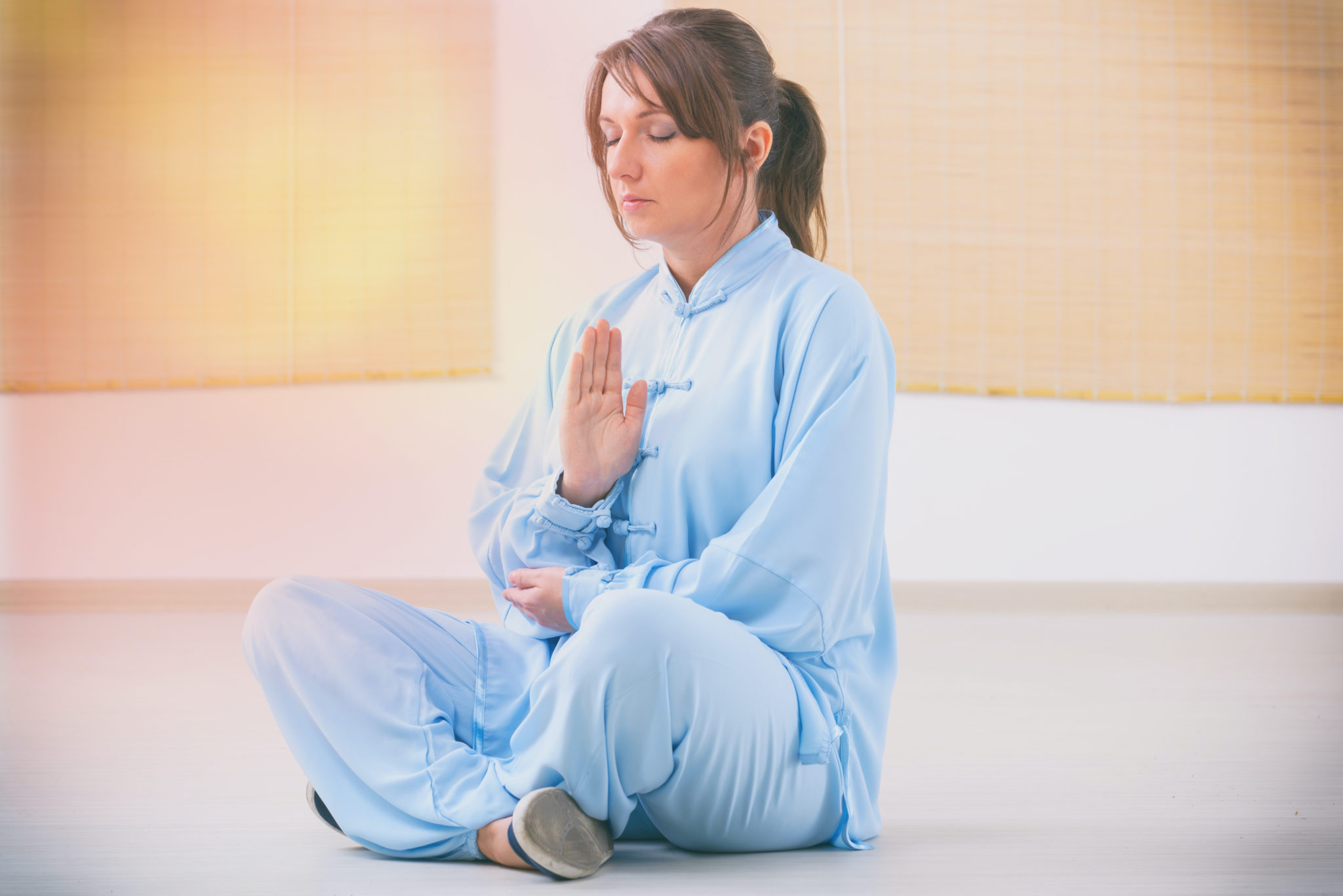