Ayurvedic Medicine originated in India 5,000 years ago. It is considered the mother of all healing systems. The word Ayurveda means “wisdom of life” or “wisdom of longevity”. It looks at the whole person and understands the interconnectedness of the health of one’s body, mind and spirit. Unlike conventional medicine, which is a disease based approach, Ayurveda focuses on prevention and the holistic treatment of the root cause.

As explained by University of Minnesotta’s Earl E. Bakken Center for Spirituality & Healing, Ayurveda maintains that every person is born with a specific constitution, known as prakruti. A prakruti is, in simple terms, the combination of physical and psychological characteristics that affect the way each person works. A prakruti is unique to each person and Ayurveda practitioners think of it as a constant.

Though prakruti is a constant, internal, external and environmental factors play an influence on it. These factors include light levels, diet, lifestyle choices and more.  Ayurveda emphasizes defining each person’s prakturi and creating daily regimens that support that prakturi and keep it in balance.

Main constituents of the prakruti are the doshas, which are energetic forces of nature. These doshas are vata, pitta and kapha and each dosha comprises two of the five basic elements: space, air, fire, water and earth. Each dosha has a specific function on how our bodily functions operate.

Vata derives from the elements of Space and Air and translates as “wind” or “that which moves things”. It is the energy of movement and the force governing all biological activity. Vata is often called the “King of the Doshas”. It governs the body’s greater life force and gives motion to Pitta and Kapha.

The main locations of Vata in the body are the colon, thighs, bones, joints, ears, skin, brain and nerve tissues. Physiologically, Vata governs anything related to movement, such as breathing, talking, nerve impulses, movements in the muscles and issues, circulation, assimilation of food, elimination, urination and menstruation. Psychologically, Vata governs communication, creativity, flexibility and quickness of thought.

Pitta derives from the elements of Fire and Water and translates as “that which cooks”. It is the energy of digestion and metabolism through carrier substances such as organic acids, hormones, enzymes, and bile. While Pitta is most closely related to the element of Fire, it is the liquid nature of these substances that accounts for the element of Water in Pitta’s make-up.

The main locations of Pitta in the body are the small intestine, stomach, liver, spleen, pancreas, blood, eyes, and sweat. Physiologically, Pitta provides the body with heat and energy through the breakdown of complex food molecules. It governs all processes related to conversion and transformation throughout the mind and body. Psychologically, Pitta governs joy, courage, willpower, anger, jealousy, and mental perception. It also provides the light needed for the intellect.

Kapha derives from the elements of Earth and Water and translates as “that which sticks”. It is the energy of building and lubrication that provides the body with physical form, structure and the smooth functioning of all its parts. Kapha is, in essence, the essential cement, glue and lubrication of the body in one.

As part of the concept of prakruti, each person has an ideal and unique balance of the three doshas. However, given the influence of different factors, there is always the potential for disruption. Ayurvedic practitioners engage in both curative and preventive medicine with the goal of restoring that balance.

Curative medicine treatments seek to heal an illness through:

Preventive medicine is paramount in Ayurveda. This practices focuses on routines from diet and exercise to herbal therapies, massage, meditation, social behavior, etc. These routines have a singular purpose and is maintaining harmony with its environment in order to survive. This environment includes the individual’s prakruti, season of year, level of exercise, etc.

Ayurveda is said to be an eternal science that first existed in the universal consciousness before it was passed to the ancient Indian mystics through meditation. According to NAMA (National Ayurvedic Medical Association), the origins of Ayurveda go back to thousands of years ago. From 3300-1300 BCE many of the foods and spices associated with Ayurvedic cuisine were being used in what is known today as Pakistan. These foods included rice, mung beans, ginger, turmeric, among others. Later on, in the Ganges basin, a group of people who called themselves the Arya start to adopt spirituality practices that were then captured in the Vedas (religious text from Ancient India).

As the Vedic civilization entered into the Iron Age at around 600 BCE, Indian methods of healing shook off age-old trappings of superstition and acquired a clarity, depth of reasoning, and profound philosophical basis that have characterized Ayurveda since then. At this time, the texts of Ayurveda, specifically Charak Samhita and Sushrut Samhita, arose. After centuries of refinement, these texts assumed their current form during India’s Golden Age, under the Gupta Empire, 320 to 550 CE. Ayurveda continued as the medicine of choice for the majority of people, despite numerous invasions and conquests.

During the rule of the British Crown from 1858 to 1947, the British sought to impose their version of civilization upon India, including the concept of Western medicine, which was seen as normative. As a result, many of the great ayurvedic texts, teachers, and techniques were silenced. Ayurveda survived on the outskirts of society, in rural areas where the traditional ways of living were maintained. As India regained independence, ayurveda, along with unani and siddha medicinal systems were revived and acknowledged by the newly formed government.

In the mid- to late-20th century, seekers from the West began to travel to India. The teachings of Yoga and Ayurveda were unearthed by a generation disenchanted with the reductionism of the Western thought, initiating an explosion of interest that continues to this very day. By the early 1980s, Dr. Vasant Lad, Dr. Robert Svoboda, and David Frawley were spreading the teachings of Ayurveda throughout the United States. The publication of “Perfect Health: The Complete Mind/Body Guide”, by Deepak Chopra, served to popularize Ayurveda among the general public. Spurred on the by the work of these pioneers, now NAMA’s Advisory Board members, schools, and clinics began springing up across the country, giving rise to the need for solidarity and professionalization that gave birth to NAMA (National Ayurvedic Medical Association). Rooted in remote antiquity, Ayurveda now faces a bright future in India, the United States and across the world.

There are many other health problems and disorders, which we have not mentioned, that can be treated and healed due to the huge range of Ayurvedic medicines. Ayurveda heals mainly energy dysfunctions which generally lead to physical problems “diagnosed” in the traditional western medicinal systems.

Professionals who want to practice Ayurveda in the US have a few options:

In the US, there are three categories of Ayurveda practitioners, according to NAMA:

At the moment, there are no formal official standards in the US to recognize Ayurveda practitioners. Furthermore, states have different regulations that control the extent of how Ayurveda can be practiced. However, Ayurveda practitioners in the US are most likely a member of NAMA, the institution that has worked tirelessly to implement internal regulatory standards and that acts as a de-facto vetting institution in this line of profession.

The next step in the session involves determining the prakruti. The patient fills out a form with a series of questions designed to assess physical, mental and psychological traits. The practitioner will cross-analyze the answers with information gathered beforehand. With this information, the practitioner will be in a position to identify and explain the patient’s ideal doshas make-up.

The practitioner will likely then move on to a pulse diagnosis (nadi pariksha), to get a more accurate picture of the current state of the patient and start identifying the possible disease condition. After the pulse diagnosis, the practitioner can conduct an eight-fold examination technique, which includes assessing: pulse, urine, feces, tongue, sounds in body, eyes, nails and general appearance.

After evaluating all aspects of the patient’s being, the practitioner can make a diagnosis and offer clear suggestions about which Ayurvedic tools you can adopt to maintain a life of balance. These tools can include diet changes, medicine, meditation, yoga, therapy, among others.

Practitioners will typically request a follow-up visit to evaluate progress. But even if the patient is in perfect condition, it is always a good idea to visit your Ayurvedic practitioner every six months or in any major season change with the goal of assessing imbalances proactively and working towards preventing any disease.

Ayurveda, with its 5000-year-old science, offers a novel way to understand patients with different conditions. Ayurveda incorporates a fundamental understanding of a patient’s unique Dosha type and offers tools to bring the Dosha into balance using herbals, yoga, lifestyle changes and meditation.

This understanding that we are all unique individuals enables Ayurveda to address not only specific health concerns but also offers explanation as to why one person responds differently than another. We hope that you learned more about Ayurveda with us and that you gain further insight into this miracle we call life. 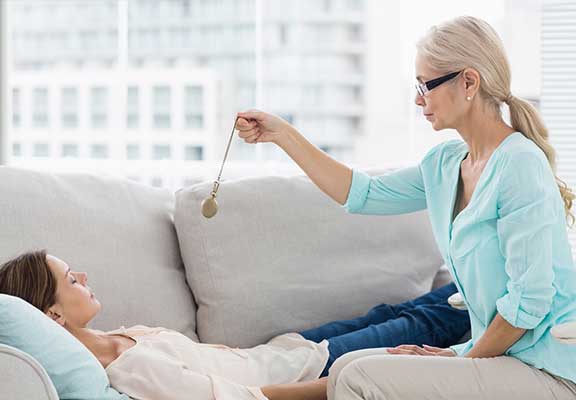 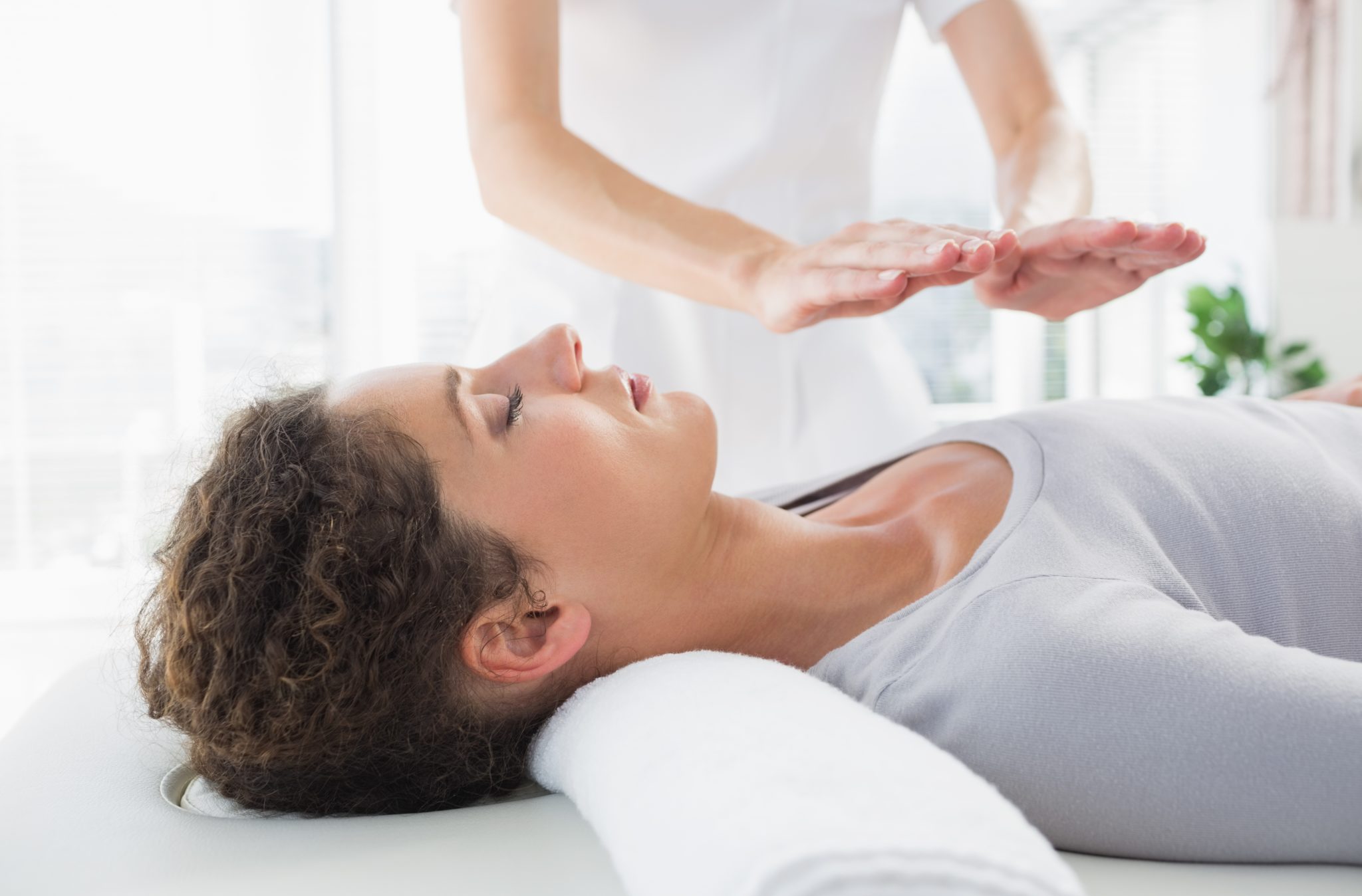