Traditional Chinese Medicine (TCM), offers a perspective on the nature of illness and health that is uniquely different from, and is complementary to Western Medicine. In TCM, human beings are deeply connected with all the phenomena of nature; formed from nature’s essential elements and subject to its laws of growth and change. Health can be defined as a harmonious relationship between one’s own internal condition and one’s external environment; there must be a balance between body, mind and spirit.

In TCM theory, the human body is an energetic system in which energy (Qi) flows along defined pathways (meridians) throughout the body. When the body is in harmony and balance, the flow is smooth. An imbalance disrupts the flow of Qi and manifests as pain, dysfunction, injury, disease and/or disorders. Interestingly enough, some very popular practices, like Acupuncture, cupping, Qigong, etc., are based on the principles of TCM and are often considered part of the overall TCM set of practices. TCM also uses herbal therapy in the process of restoring balance to the individual.

TCM can be effectively applied to help heal anyone because it’s rooted in unchanging natural law. This unique paradigm of medicine grew out of penetrating observation of how everything in our reality functions at the deepest, invisible levels and interacts with the surface or visible physical levels.

There are four key TCM principles that govern how this practice works:

In terms of diagnosing, TCM identifies syndromes according to the eight principles. The theory consists of four pairs of opposites:

The first pair is interior and exterior. Did the disease come from the outside (for example, an external pathogen), or was it internally generated? The second diagnostic pair is whether the disease or syndrome comes from deficiency or excess. Is the underlying cause of the disease from too little vitality in the body or too much of a negative influence, such as emotion or stress.

The third polarity to judge the disease by is hot or cold. Does the patient present with hot or cold symptoms (either internally generated or externally contracted. The last of the four polarities is yin and yang. Yin symptoms are interior, deficient and cold, in comparison to yang symptoms that are exterior, excessive and hot.

After the disease is categorized by the first three pairs, then the practitioner can see whether the overall pattern is more yin or yang. This seemingly simple diagnostic framework, is actually a powerful tool for categorizing diseases and their origins.

Depending on the diagnosis, TCM uses a variety of techniques to attempt to restore balance to the body. These techniques include herbal therapy, acupuncture, among others.

In terms of understanding the physiology and pathology of the body, TCM uses the concept of the five phases. This theory is based on the idea that everything in the universe is related to one of five different natural phenomena: wood, fire, earth, metal and water. The phases interact with each other to maintain order and balance. As with yin and yang, each phase has certain characteristics associated with it.

Each of these phases are also associated with internal organs. Part of the balancing act is helping restore equilibrium by understanding the innate influences of each organ.

The history of Chinese medicine begins about the second century because there are no clear records of medical techniques that are older than that. There are records of written descriptions about disease from the Shang Dynasty era (1600-1046 BC), but there isn’t a record of their medical techniques.

The first clear medical treatise is the Yellow Emperor’s Inner Canon. In the text, the user of moxibustion or acupuncture to manipulate the Yin and Yang are described in ways similar to that practiced nowadays. This and later texts covered a variety of techniques based on traditional physical concepts, but now traditional medicine has a secondary role in China compared to Western Medicine.

The idea of Qi originated in the Yellow Emperor’s Inner Canon. Traditional medicine practitioners actually believe that there are various kinds of qi. It is thought that various techniques such as acupuncture and cupping can manipulate the various kinds of qi. Fire cupping also was practiced in the Western world and Egypt long before Christ. The cupping technique was used in the ancient West to manipulate the “humours”. That seems similar to the concept of manipulating the kinds of Qi. But whether East and West shared medical knowledge long ago isn’t known.

The Yellow Emperor’s Canon has been the most influential treatise for more than 2,000 years. The multi-volume treatise presents views on the function of the human body and the physical world that remain the basic ideas believed by traditional medicine practitioners. Yin and Yang are described, and so are the Five Phases of nature (wood, fire, earth, metal, water) and Qi. It is unknown how or where these ideas originated.

The Bencao Gengmu is the most important traditional work on herbs and drugs. It was written in the middle of the Ming Dynasty era (1368-1644) by Li Shizhen (1518-1593). He was a doctor and a former official of the Imperial Medical Bureau of the Ming Empire. He realized through studying the dynasty’s collection of rare and old medical texts that the texts had inaccuracies. The texts were written and republished over thousands of years during which time there were many changes of empires. They contradicted each other. He thought that the medical knowledge of his time was not well defined. He wanted to compile correct information in a logical system of organization.

Li Shizhen composed several treatises, but the greatest work is called the Bencao Gangmu. This text is usually called Materia Medica in English. The extraordinarily long and detailed text was considered to be the most exhaustive and detailed set of documents on traditional herb medicine. He classified and described hundreds of kinds of herbs, medicinal minerals and medicinal animal parts. He included information on geology, physics and other topics. The Bencao Ganmu is considered the greatest scientific achievement of the Ming era. The treatise shows the state of Chinese medical theory before the introduction of Western medicine in the 1800s.

In the 1800s, missionary doctors and other Western doctors went to the Qing Empire (1644-1911) by the hundreds, and scholars could study Western medical texts. The political leaders who governed China or led revolutions after the fall of the Qing Dynasty wanted to rid China of ancient medical ideas. Dr. San Yat-sen who led the drive for political modernization was himself a Western-trained medical doctor, and he advocated Western medicine.

Communist party officials wanted to rid China of what they thought were superstitious and non-scientific methods. During the Cultural Revolution, many practices were banned, and the practitioners were often imprisoned or killed. However, in today’s China, some techniques, especially herbal medicine and eating medicinal food, remain common. Traditional medicine is relatively inexpensive compared to going to a regular hospital, and the government supports traditional medicine to a great extent. TCM has big potential to become part of mainstream health service in the United States especially in the areas where Western medicine reaches its limitations.

Traditional Chinese Medicine is designed to stimulate the healing mechanisms of the body, and can bring many health benefits. While there are a multitude of conditions that TCM, can help with, here are the top five health benefits of TCM:

More specifically, some common conditions that are treated with Traditional Chinese Medicine therapies include:

According to information from The University of Minnesota’s Earl Bakken Center for Spirituality and Healing, just like an M.D., a TCM practitioner must adhere to rules that ensure that his or her licensing and training is up-to-date. Some fast facts about the current regulations in the US:

The National Certification Commission for Acupuncture and Oriental Medicine (NCCAOM) provides national board certification for TCM practitioners. To be eligible to take the NCCAOM exam, an applicant must have successfully completed a formal education in acupuncture or Oriental medicine through an accredited school. For education in acupuncture, one must complete an accredited course of study that can document at least 1,905 hours of didactic and clinic education. For education in oriental medicine, one must complete at least 2,625 hours of didactic and clinic coursework in both acupuncture and Chinese herbal medicine.

At present there are more than 50 master’s programs for acupuncture and Oriental medicine in the United States.

When you visit a TCM practitioner with a specific complaint, the practitioner would assess the situation in its entire context. There will be information gathering and the practitioner will observe nonverbal elements, such as demeanor, movement, voice, complexion. She will examine your tongue, take pulse and temperature and feel the skin, muscle tone, organs, as appropriate.

The TCM provider works under a set of diagnostic principles that strive to identify imbalance. Once the TCM practitioner has recognized the pattern of disharmony and made a diagnosis, she works with you to resolve the disharmony. The guiding treatment principle is to create harmony between yin and yang in the easiest and least invasive way possible without creating further disharmony.

The TCM practitioner can select from a number of treatment options and will usually employ a combination of several methods, ranging from acupuncture and herbal medicine to patient education and lifestyle counseling. Some treatment modalities are used in the clinic, such as acupuncture, moxibustion and massage. Many TCM practitioners also prescribe herbal formulations for a certain length of time to help facilitate recovery or to maintain health and prevent disease.

While TCM may have become a popular topic nowadays, there are probably a few fun facts about Chinese medicine you didn’t know.

Traditional Chinese Medicine has had a long and noble history, and it is practiced in many parts of the world today. The interest in using TCM is growing, and the research on its techniques is increasing.

The Western narrow scientific approach tends to miss the point of the ancient practices. Consequently, it has become a hurdle to the acceptance of TCM in the mainstream. However, it is unquestionable that many components of TCM are successful in suppressing different types of diseases in humans. 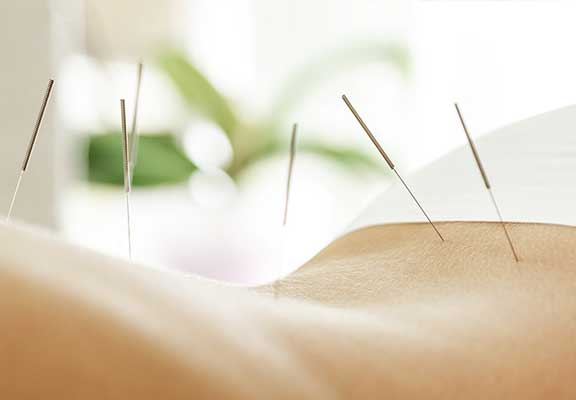