Hypnotherapy is a form of psychotherapy that uses hypnosis for behavior modification. It uses different techniques to place the individual in a deeply relaxed state or “trance”. In this state, the practitioner delivers messages and suggestions to the unconscious mind, which has therapeutic effects.

This form of therapy is considered alternative medicine with the purpose of utilizing one’s mind to help reduce or alleviate a variety of issues, such as psychological distress, phobias or dangerous habits (i.e. drinking, smoking, etc.). The aim of hypnotherapy is to create a positive change in an individual, while he/she is in a state of unconsciousness or sleep.

Hypnotherapy is based on the power of subconscious mind. Every person has two very different types of “mind”: a conscious and a subconscious one.

The right way to change a limiting belief is to convince the conscious mind to logically accept it so that it can pass to the subconscious mind and reside there. If this were easy to do, then most people would easily overcome any limiting beliefs and realize their full potential. This is where hypnotherapy comes in as it attempts to get in direct touch with your subconscious mind to address the underlying “data” that undermines the overall performance of the individual.

The practice of hypnotherapy should be distinguished from the term hypnosis. Hypnosis is the act of entering a state of heightened mindfulness, exposing the subconscious mind. Hypnotherapy uses hypnosis as the main means to then perform actual therapy. To this end, hypnotherapy generally follows the following core philosophy:

The earliest references to hypnosis date back to ancient Egypt and Greece. In fact, the word “hypnos” is the Greek word for sleep. Hypnosis was used to induce dreams, which were analyzed to identify the root of the problem. Practices related to hypnosis are also found in many different traditions. For example, in 2600 BC, Wong Tai, the father of Chinese Medicine, wrote about techniques that involved incantations. The Hindu Vedas, written around 1500 BC, mention hypnotic procedures. Likewise, trance-like states occurred regularly in many shamanistic, druidic, voodoo, yogic and religious practices.

One of the earliest pioneers in the field of hypnosis was Austrian physician Franz Mesmer (1734 – 1815), from whose name the word “mesmerism” was derived. Mesmer developed the theory of “animal magnetism”, which was based on the idea that diseases are rooted in blockages of magnetic forces in the body. As such, he believed he could store his own magnetism in baths of iron filings and transfer it to patients with rods or by “mesmeric passes”.

This transferring process became one of the most unique processes in the history of hypnosis. Mesmer would stand his subjects still while he swept his arms across their body, sometimes for hours. While such a lengthy process by itself could probably put someone under trance, it was also true that Mesmer was convincing and had a powerful and suggestive style.

Other pioneers include John Elliotson (1791 – 1868), who attempted to champion the use of mesmerism, but was forced to resign from London University as a professor. He continued to give demonstrations on mesmerism in his own home. Likewise, James Braid (1795 – 1860) developed an interest in mesmerism by chance. One day, as he was getting late to an appointment with a patient, he noticed the patient in the waiting room staring at an old lamp. Braid gave the patient some commands, telling him to go to sleep. The patient complied and Braid’s interest grew and the concept of concentrating on an object to enter a trance state began (including the famous swinging watch).

Meanwhile, a British surgeon in India, James Esdaile (1808 – 1859), recognized the benefits of hypnotism for pain relief and performed hundreds of major operations using hypnotism as his only anaesthetic. When attempting to implement this in England, the medical establishment laughed at him and hypnosis became (and remains to this day) an “alternative” form of medicine. The French also took an interest in the topic and various breakthroughs were made by such men as Ambrose Liébeault (1823 – 1904), J.M. Charcot (1825 – 1893) and Charles Richet (1850 – 1935). Emilie Coué (1857 – 1926) moved away from conventional approaches and pioneered the use of auto-suggestion. Coué was a firm believer that he did not heal people himself but merely facilitated their own self-healing.

Sigmund Freud (1856 – 1939) initially used hypnosis extensively in his work. He eventually abandoned the practice and favored psychoanalysis, which involves the patient lying on a couch while the analyst does a lot of listening. His early rejection of hypnosis delayed the development of hypnotherapy, turning the focus of psychology away from hypnosis and towards psychoanalysis. But things picked up in the 1930s in America with the publication of Clark Hull’s book, Hypnosis and Suggestibility.

More recently, Milton H. Erickson (1901 – 1980), recognized in clinical hypnosis and a highly effective psychotherapist became fascinated by human psychology and devised countless innovative ways to heal people. He himself was stricken with polio as a teenager, resulting in paralysis, but he remobilized himself. A master of “indirect hypnosis”, he was able to put a person into trance without even mentioning the word hypnosis.

It is becoming more and more accepted that an understanding of hypnosis is essential for the efficient practice of psychotherapy. Although hypnosis and medicine are not the same, they are now acknowledged as being related, and it is only a matter of time before hypnosis becomes a mainstream practice, as acceptable to the general public as a visit to the dentist.

Using the subconscious to work on issues that the conscious may not be able to tackle due to excess “noise” can allow for greater exploration of emotional and physical ailments. Hypnotherapy benefits are many, some examples include:

As with meditation, successful hypnosis requires will, openness and some degree of practice. It requires the patient to focus on himself while shutting out external stimuli. For many people, specifically ones with physical limitations, hypnosis may be the preferred choice of treatment. There are a few, if any, side effects to hypnotherapy that would make unsafe to try. With practice and training, just about everyone can use hypnotherapy with some degree of success. The key is having an open mind as well as learning how to open the mind.

In the United States, the National Board for Certified Clinical Hypnotherapists (NBCCH) serves as the de-facto association that establishes standards for certifications for health-care professionals trained in hypnotherapy.

Other institutions with similar goals to NBCCH include the American Society of Clinical Hypnosis (ASCH), the National Board for Certified Clinical Therapists, the American Association of Professional Hypnotists (AAPH) and the International Hypnosis Federation. As a general rule, reputable practitioners will be members of some or all of these associations.

During the session, the hypnotherapist will likely guide you through the process. In general, this is what a typical hypnotherapy session encompasses:

Honesty is key during this step as it will allow the therapist to gauge not only what the patient wants to achieve, but also the patterns that might be holding him back.

This is the actual process to induce hypnosis. The patient will be aware of everything around him and will hear everything the hypnotherapist is saying. Many techniques can be used to induce the patient to a hypnotic state and they can go from verbal suggestions, visualization induction techniques to eye fixation techniques. What technique is used will depend on both the therapist and the patient.

Typically the induction can happen fast or take up to 20 min. After the induction is complete, the therapist will ask questions to assess the state of hypnosis the patient is in.

During the actual therapeutical session, the work takes place. The hypnotherapist will work armed with information you gave at the beginning and the language used will be specific to the change you described.

There are many misconceptions around this pace. Some think the patient is helpless or that the session will result in patients doing unwanted actions. The truth is that patients are aware through the process, though with more access to the subconscious mind that allows the therapist to guide the patient through the specific change process.

With the patient’s permission only, some hypnotherapists will give patients a post-hypnotic suggestion (PHS) that triggers an action after the session is complete. PHS won’t trigger patients to do any action they don’t really want to do.

When the hypnotherapist completes the change work, they will start to bring the patient out of the trance. It is a gentle and slow process, similar to coming back from a deep meditative state. Hypnotherapists will watch patients closely to ensure they are coming back without any problem.

Typically patients are so relaxed they don’t want to come back. When the awakening process is complete, the hypnotherapist will assess the patient’s mood and ask some follow-up questions.

Your therapist may suggest you schedule another session or provide you with more tools to use at home. They will explain what they did and the techniques they used so you feel safe and comfortable. You will get an MP3 recording of the session within 24 hours to listen to afterwards.

According to the US National Library of Medicine from the National Institute of Health, there are several studies done related to hypnotherapy. Some notable ones include:

Breast Cancer Survivors & Hot Flashes. The drugs tamoxifen and anastrozole, two of the drugs commonly prescribed to prevent cancer recurrence, often have the side effects of hot flashes and night sweats. In many cases these side effects can be severe, causing significant disruption in life (see study).

In a small study of breast cancer survivors who have 14 or more hot flashes each week, one half of the group received no treatment while the other half received weekly, 50-minute hypnosis, plus instructions for self-hypnosis at home. Sessions focused on relaxation and “coolness” imagery. Those who received hypnosis experienced a 68 percent drop in hot flash frequency and severity. They also felt less anxious and less depressed.

Breast Cancer Patients Undergoing Biopsy or Lumpectomy. A small study in 2007 with results published in the Journal of the National Cancer Institute found that women who were hypnotized before undergoing a breast biopsy or lumpectomy required less sedation during the procedure and experienced less pain, nausea and emotional distress after the procedure (see study).

Most people are hypnotizable. Hypnosis constitutes a powerful facilitator of therapeutical change, provided that it is integrated with a thorough diagnostic assessment and an appropriate, comprehensive treatment plan.

Hypnosis has been approved by the American Psychiatric Association as a valid treatment modality and its integration with psychotherapy creates the field of hypnotherapy, which has been proven to be beneficial for many conditions. This field is not represented currently in many clinical training programs and the familiarity with its features and useful applications are desirable for mental health professionals. 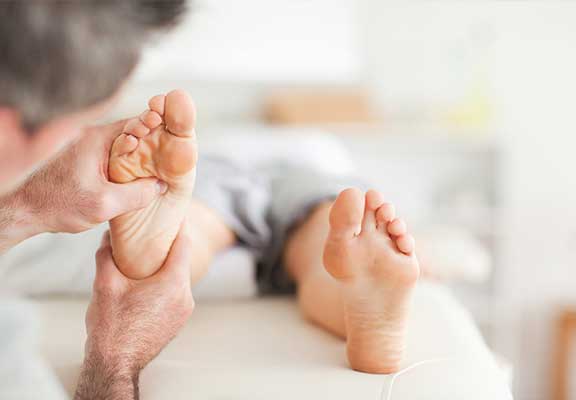 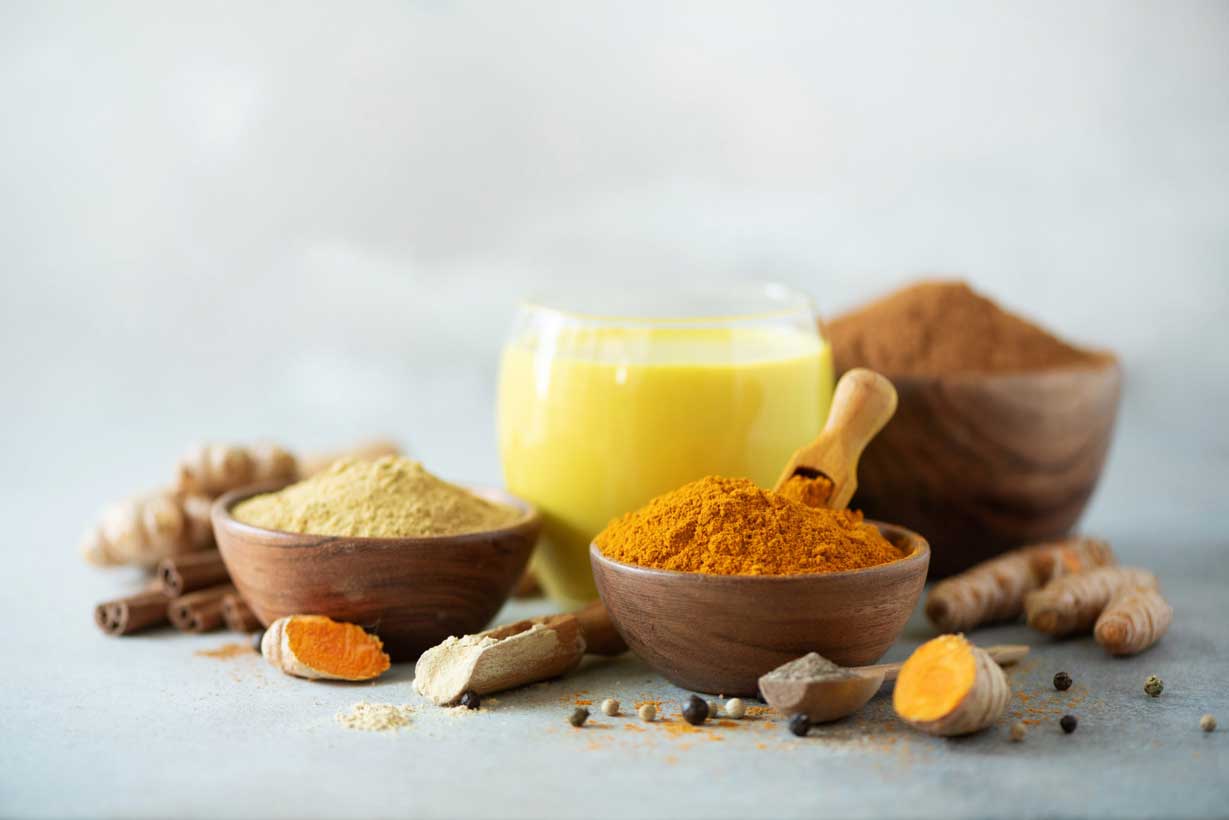