At a high level, there are two types of magnetic fields:

Static magnets are often in bracelets, shoe inserts, etc. to subtly influence tissues that come in direct contact. The nature of time-varied or pulsed electromagnetic fields (PEMFs), means that they have a frequency in addition to an intensity. The frequency and associated wavelength of a PEMF means that it will completely penetrate the volume of the body. In fact, it will go way beyond any local application even at extremely low intensities.

Static magnets are commonly used to either stimulate the acupuncture Meridian system (sometimes also known as acu-magnet) or for localized tissue actions. Currently there is no consistent evidence about its effectiveness, though its popularity has grown over the last several years. Time-varying magnetic fields are used on the other hand for broader applications, including inflammation, stress reduction, oxygenation, etc.

A crucial concept to understanding electromagnetic measures is the pooling of electric charges around damaged nerves. The pioneering works of Drs. Luigi Galvani and Carlos Matteucci in the late 1700s and early 1800s demonstrated that damaged nerves emit electricity. If the injury is under the skin, electricity will collect and pool around the damaged nerves, interrupting normal flow. This tissue damage produces a pooling of electricity, blood products, lymph drainage and inflammatory mediators. Because pain is, to a great extent, caused by “pooled” electricity, magnetic energy can help pooled electricity to mobilize.

For static fields, basic research shows that when a magnet is on the skin, capillary walls relax. This allows for increased blood flow and oxygenation and removal of accumulated pain-producing prostaglandins. Theoretically, these actions relieve muscle spasms and, subsequently, pain. Pain sensations require nerves and muscle to send electric signals, properly aligned magnets could block that action and promote healing. Lastly, when placed on acupuncture points, therapists believe, magnets can have a similar stimulation effect as in acupuncture.

Clinical trials conducted on treatments with static fields show no statistically significant differences with control groups. One factor contributing to this is the fact that static magnetic fields are generally unable to deeply penetrate the body. Hence, they generally must be stronger in intensity and must be applied  for longer intervals of time than PEMF devices. It is worth mentioning that a placebo effect can be a contributing factor in the effectiveness reported by patients.

PEMFs, on the other hand, address impaired chemistry and thus the function of cells – which in turn, improves health. Low frequency PEMFs of even the weakest strengths pass through the body, penetrating cells, tissues and bones without absorption. As they pass through, they stimulate most of the electrical and chemical processes in the tissues. This allows for much deeper treatments that are shorter in duration.

In an episode of the Bulletproof Radio podcast, PEMF expert Dr. Gary Ryan, known as “The Energy Doctor”, explains, “Based on a lot of research that was done at Yale, it is apparent that just about any pathology in the body is preceded by a drop in cell charge. Now we have technology that will reach down to the level of a cell that has lost charge. The high intensity of the pulse can help compensate for it, replicating and producing a more normal cell activity.”

Scientific studies find PEMF treatments widely more effective than static magnets. This is one of the reasons why this modality is more popular and more accepted by the scientific community. PEMF treatments can help treat many conditions that range from the treatment of chronic wounds to stress reduction.

A common misconception of magnetic field therapy is that its emissions could be harmful. Electromagnetic radiation is classified into ionizing and non-ionizing. Ionizing radiation produces heat and disrupts chemical bonds. Non-ionizing radiation doesn’t carry enough energy to disrupt chemical bonds. It only has enough energy to excite electrons to a higher energy state. Most PEMF systems produce very low frequencies on the electromagnetic spectrum, which do not induce heating actions.

For over 3,000 years, magnetism and electricity have both played significant roles in medical treatments. As with other medical advances and breakthroughs, the history of magnetic therapy is both instructive and fascinating. Origins of magnetism go back to 1000 B.C., when people noted the effects of certain stones on substances like iron. A shepherd named Magnes noticed that the iron nails in his sandals would stick to certain stones as he walked. It is from Magnes where the term magnetism originated.

Like other forces that people often misunderstood, the belief was that magnetism was responsible for all sorts of mystical occurrences. For example, people believed that lodestones were alive given that they caused the movement of certain objects. Consequently, magnets were used to treat many of ailments and diseases, as they were seen as able to bestow life.

Ancient medical practices in both Hinduism and Chinese medicine used lodestones. From treating pain to preserving  youth, early magnetic treatments, people saw these treatments as miraculous cures. In the Middle Ages, Paracelsus used magnets to treat every condition from diarrhea to epilepsy. His experiments investigated the effects of placing magnets on the body, in order to pull diseases from the body.

In the 1500s, a physician named Cardono elaborated on the differences between magnetism and electrical fields. Around the same time, William Gilbert studies magnets and electromagnetic forces, influencing great thinkers including Galileo and Bruno. Noted physician Franz Mesmer used magnets to treat a number of psychiatric disorders, with some success.

It was not until the 19th century that we came to understand the link between electrons and magnets. Michael Faraday pioneered both the study of electromagnetism and the introduction of many of the processes we use today. Later, innovators like Nikola Tesla advanced the field in significant ways during the late 19th and early 20th centuries. Tesla was the investor of the standard magnetic loop coil, found in nearly all magnetic therapy devices today.

In the late 1800s, a Russian engineer suggested that all cells have their own amplitude. He used his understanding of this phenomenon to develop the first devices that used energy for therapeutic purposes. Many electrical devices launched in the market and were largely ineffective, leading to a widespread distrust of electromagnetic therapies and tools.

It was not until the 20th century that magnetic therapy gained more scientific and critical attention. The first PEMF therapy devices came about in the 1980s and quickly spread around the world. After the introduction of PEMF and other magnetic therapy devices, the field rapidly grew. More researchers are examining ways in which magnetic devices can help treat medical disorders and diseases. And while most techniques still remain categorized as alternative or complementary, several electromagnetic treatments have become more mainstream.

Treatments with static magnets are usually for localized neuromusculoskeletal pain management. Arrays of magnets are applied in the affected area(s), with the goal of alleviating said pain. It is not yet clear if static magnets have a significant role in pain management, although some research is encouraging. A Brazilian Journal of Physical Therapy suggests that 13 of 24 clinical studies investigating neuromuscular-skeletal pain have demonstrated at least some efficacy using static magnetic therapy.

When static magnets are applied on the acupuncture points as therapy, the reported benefits can be wide, including stress reduction, weight loss, increased energy, better sleep among others. This technique (also known as acu-magnet) combines some benefits of acupuncture and acupressure. Bustle reports that Gary Wickman says acupressure is “able to relax the muscles and encourage blood flow.” Wickman points out that it’s all “natural and non-invasive”. The innocuousness and relative low cost of this technique drives many users to try it out.

PEMF treatments have been for decades and used extensively in Europe for injuries and healing. Since the cellular reaction takes place in every body, PEMF therapy can be used to assist with a wide range of conditions. In fact, over 2,000 clinical and university-level, double-blinded studies have demonstrated that PEMFs are capable of:

Some studies suggest that PEMF treatments can be useful in the treatment of anxiety and depression. One study at Harvard Medical School found that the PEMF device they used prompted greater than 10% significant improvement in mood after just one 2-minute treatment in patients with bipolar disorder and in patients with major depressive disorders.

Someone interested in magnetic field therapy can get it by going to a professional or by purchasing devices directly. Magnets are usually inexpensive and can be found in many online retailers for DIY application. Acupuncturists or practitioners with knowledge in energetic points in the body are optimally suited to place the magnets properly in the right points. PEMF devices are not classified as regulated medical devices, so the typical user can buy the equipment directly. The price of this kind of equipment is usually high.

Practitioners of magnetic field therapy are usually practitioners in other fields who studied magnetic therapy as an add-on specialization. It is common to find practitioners knowledgeable in this therapy in acupuncturists, physical therapists, chiropractors and allopathic doctors. At the moment, there are a few venues that provide training in this field, such as Pulse Centers, Magnawave (manufacturer of PEMF equipment), among others. The process of educating doctors and other non-medical practitioners is growing all the time and it will take more time until the practice has a supervisory body that standardizes training. As a general rule for patients, it is always advice to look for practitioners who have expertise in the area of magnetic therapy.

Chiropractors, acupuncturists or physical therapists can use static magnets as a complement to their practice. Consequently, the experience for the patient will be largely similar to a typical visit. The practitioner may suggest applying magnets in parts of the body that are consistent with the energy meridians. If the patient agrees, a magnet will be placed on said areas and the practitioner will schedule a follow-up visit to discuss progress. Depending on the magnet and the points in the body used, these magnets can stay on for a few hours or for days.

For PEMF treatments, a patient will schedule a session with a practitioner who uses PEMF as a complementary technique, also typically acupuncturists, physical therapists, chiropractors or allopathic doctors. After an intake questionnaire, the practitioner conducts the PEMF treatment around the area of focus. Due to the strength of the magnetic field emitted by the devices, the treatment times are relatively short in duration lasting from 10-30 minutes per session.

PEMF treatments are never painful and can feel good and promote relaxation. Patients can sit or lie comfortably for the duration of the treatment. These treatments are extremely safe, except for patients with a cardiac pacemaker. The user may feel a mild-like pulsation over the affected area and the practitioner adjusts the intensity for individual comfort.

All treatments do not require removal of clothing and practitioners can treat 1-3 areas in a single session. Usually patients notice improvements after the first session; however, many conditions require 6-10 sessions for full beneficial effects.

Of the overall magnetic field therapy, PEMF is the most well-known one and there are facts and conclusions found in studies and scientific observations. Some of these fact are:

The centuries-old practice of treating pain with magnetic fields has progressive evolved into therapeutic measures that have some sound scientific underpinning. These measures are simple, safe and effective, but in this day of high-tech medicine, they are sometimes forgotten as excellent adjunctive measures to any pain treatment regimen.

Pain practitioners should embrace the electromagnetic measures that complement their style of practice, pocketbook and patient profile. Practitioners are urged to select a few electromagnetic measures and master them, as there are some experiential and technological skills required for their use. As many years of evidence suggest, adopting this technique within more established practices will help increase the efficacy of treatments, ultimately helping users feel better. 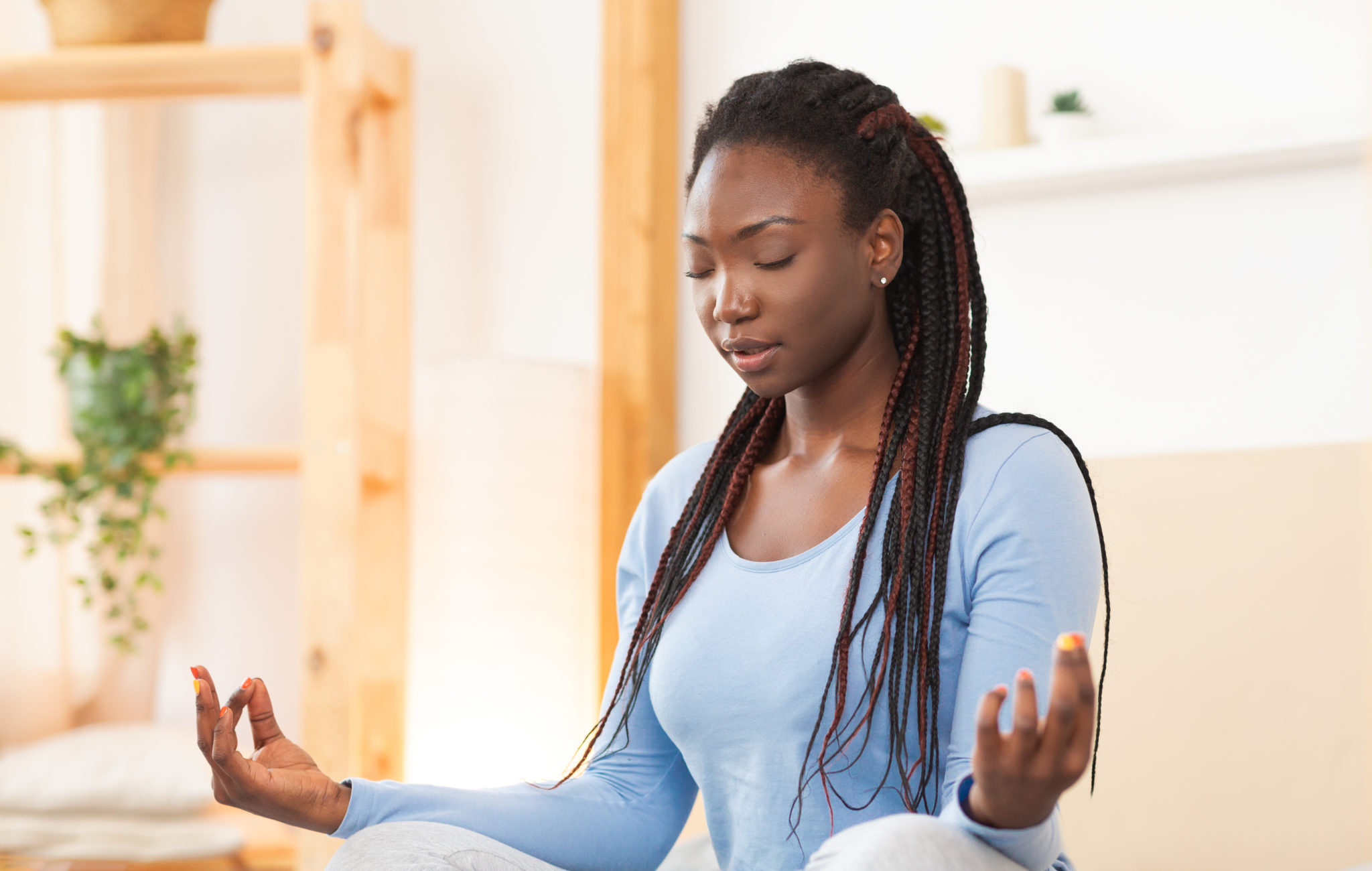